The room view a view

While I was doing my endurance ride this AM, the dogs (mostly Big Seig) started barking... loudly.  They do this when an unknown presence approaches the house - they are very good watch dogs.  So I climbed off the bike to see what was going on and it seems that UPS Tammy (across the street) is having a new roof put on her house.  Strange men wearing Carhartt bib overalls were looking up at her roof and nodding seriously among themselves. 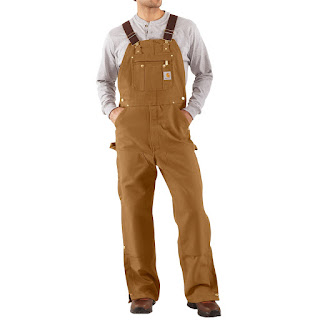 After about 5 minutes of barking, the dogs realized these strangers weren't going to go away.  At that point they decided they'd be much more comfortable inside the house, sitting on the sofa, and watching out the front window. 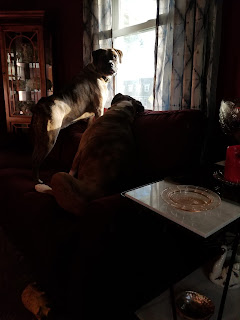 Anyway, I see that the Idiot Jerk wants to send the National Guard down to the boarder.  Of course, this is for publicity's sake, a gesture enthrall his supporters.  I wonder if any of those imbeciles are asking themselves "hey, who's going to pay for this?"  Of course, the answer is 'none of them.'  Remember, these are the State National Guard, not the Federal Government National Guard.  Paying for this expensive demonstration of ineptitude is going to fall on state shoulders, draining money from state treasuries.  I don't know about you, but that's not where I want my state tax dollars going.  Fictionalizing urgency to satiate the appetite of his racist, minority group, seems to be the only thing the Idiot Jerk is any good at.
And have you noticed, more and more Republicans are beginning to mutter and stammer about the approaching 'blue wave.'  Everybody except Faux News, which is desperately trying to keep his supporters heads buried in the sand.  What are they going to do when November rolls around and their majority seats in congress flip?  Blame the Russians?  I doubt that.
Posted by Dave R at 8:02 AM