Well, it's Monday and some of you are going back to work.  Not me, I'm sitting right in the middle of my Leave of Absence, not that I couldn't have gone back to work today... but why?  The discoloration south of the incision is rapidly disappearing and the stubble is surging, thank God I'm into cotton and not some poly blend (can you imagine all of the pulls?) no ouchy, ouchy for me.
I may go see "Justice League" tomorrow evening, haven't decided yet.  I would like to see Jason Momoa, fins and all, however 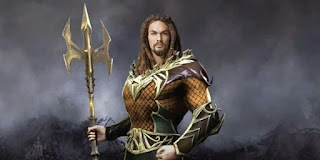 I suspect that in real life he's pretty much of an asswipe.  And then there's Ben Affleck as Batman... after 3 films with Christian Bale in that role, Ben just doesn't quite cut the mustard.  The fact that he's so unsuited for the role leads me to believe that this was not a casting couch decision, which means someone needed to be pretty drunk to think this was good was a good idea.  Rumor has it that this will be his last dance in the bat cape... we can only hope.
Yesterday I watched some Cyclocross racing on NBC Sports Gold, live from Belgium, and where I normally really like this type of bike racing, yesterday it was just okay.  For those who don't know, Cyclocross racing is taking your bicycle off road, and then having to ride over an obstacle course.
There are hills 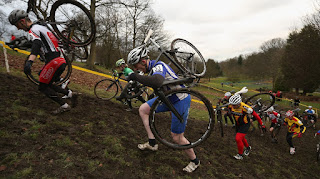 and barriers, and you need to be in really, really good shape. 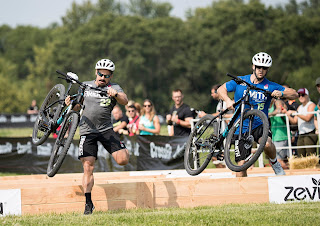 Yesterday's race, however, was a women's race, and as the camera panned over the riders I saw that some of them had chosen to wear makeup....  Now, why would you put on makeup if you know there's a really, really good chance that you're going to do a header in the mud? 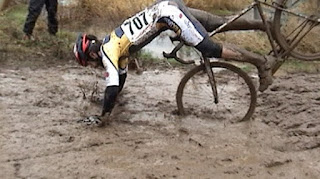 Notice, I almost wrote this entire entry without diving into the Idiocy in the White House, or the fact that thousands of Christian Ministers, and pastors did a header yesterday by failing to call out Roy Moore?  If you don't condemn, you condone.