So, I bought a new mattress for my futon - this one is 8" thick as opposed to 6" and has inner coil springs.  Size matters.  At one time I had an expensive sofa in the living, unfortunately one, or both of the dogs, couldn't tell the difference between the sofa and a super, duper stuffed dog toy.  Now I have a futon with disposable mattresses.  The last one wasn't damaged that badly, but I really wanted something that was thicker... bigger, if you know what I mean.  And with this one, I also bought a cover, something durable, with a pattern.  In a few years, when the dogs settle down more, I will once again get myself an actual sofa, till then the futon will have to do. 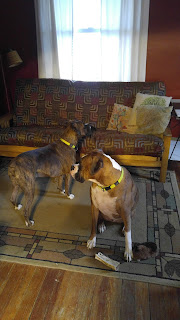 On the entertainment side of things, I watched a bit of NBC's "Emerald City," last night, in fact I made it through the entire first hour before the commercials got to me.  The writing is okay, though I cringed when Toto got his name.  The cast is, for the most part, decent, including some guy by the name of Oliver Jackson-Cohen who evidently doesn't have a brain, but does that matter when you're 6'3"? 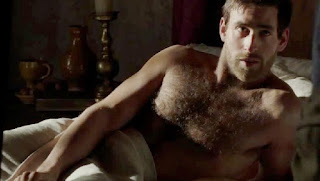 However, as I said, the writing is... well, let's say uninspired and dumbed down, and, of course, there were all of those damn commercials.  I don't understand the mentality of people who will patently watch something which has been chopped to shit by advertising. but then.  These are, no doubt, the same idiots who voted for DT.