The tip of the iceberg

I've been laid off from a job twice in my life, more than most people.  The first time was when Woolworth went through bankruptcy.  I was told how hard the decision was to terminate the jobs for myself and 136 other people.  The decision was made because of bad management.  When International Paper moved my job to Poland I was told daily that it was a hard decision, that it was a business decision, there was nothing personal in it.  And now millions of idiots have voted to put a businessman in the White House.  And not just any businessman, one who has declared bankruptcy 4 times because of bad business decisions.
The Truth is that DT has made the hard decisions.  He's been responsible for the business decisions which insure the products his companies sell are made overseas.  Not once did he say "nah, screw the  profit, let's make it in America."  If he owned Carrier?  Those jobs would have stayed in Mexico.  And now he says he's going to bring jobs back?  I have no doubt he will, shitty jobs which get paid minimum wage.  Of course, in a number of states the minimum wage has gone up... you can bet he's going to work hard to roll that back.  Look who he wants to put in charge of labor, Andy Puzder, who's not to hot on minimum wage in general, who has said that immigrants work harder than Americans. 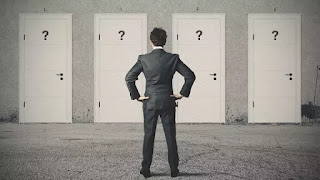 DT has made what business likes to call "hard decisions."  They favor those two words because of the difficulty implied, as though they understand the hardship they are putting people through; losing one's wages, one's healthcare, one's means of survival.  Give me a break.  What all of those Trumplodites who voted for DT fail to realize that in the end, the only person important to DT is DT.  You can bet he's going to continue to make the "hard decisions."  The fact that he's delusional is going to become more and more apparent.  If you thought the clown parade was bad, well, DT is just the tip of the iceberg.