Send in the Drones

Well, it's Monday, and it's a holiday, Martin Luther King Day, and, of course, I'm working.  This week's schedule is shitty.  I'm a mid today, open the store tomorrow, a mid on Wednesday and then open the store again on Thursday.  I'm off on Friday, and no, I'm not making the 80 minuted drive down to Washington to throw flaming bags of shit at DT's motorcade.  Inauguration Day will be, I suspect, a day that lives in infamy.  If what I've seen on the Internet is true, at least 393 protest permits have been issued by the city which equates to a lot of angry people.  I have no idea how many people have signed up for DisruptJ20 but even if there was a count I sure it would be radically off.  There are going to be so many protesters there.
And last evening, while I was playing Skyrim, I started to wonder if there was some anonymous group out there who might be planning to Send in the Drones.  I mean, they would really be disruptive, you know?  Buzzing the crowds, those in the stands, maybe even DT himself.  Wouldn't that make a great television shot, DT ducking to get out of the way of a remote controlled drone.  The main goal is to disrupt the entire event, to make DT look as bad as possible, to embarrass him.  He is such a load. 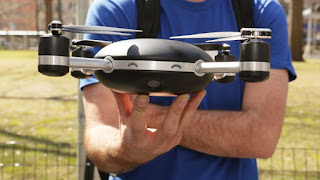 These drones don't have to be big, either.  Can't you just visualize armed Trumplodites pulling out their loaded weapons and firing blindly at these quickly moving targets?  Chaos would erupt.  This is what happens when a loser manages to squeak in to the presidency through the back door.  The Republicans did it once before and learned absolutely nothing.  But then for them it's not about governing, or serving the American People, nope, it's about a minority group dictating to a majority.  All of this planned disruption is about putting them in their place.  They are basically caretakers until we can get another good Democrat into the White House, and they need to understand this.   The majority is speaking.
Posted by Dave R at 6:21 AM