The Karma of Dennis Hastert

I saw that there are now 4 men who claim to have been molested by Dennis Hastert back when he was a teacher / coach.  There may be more, not everybody is going to jump on the 'kick Hastert' bandwagon, some who've buried it in the past and don't want to think about it or deal with it will remain silent.  It doesn't really make much difference because the information that's being revealed paint this 'evangelical Christian' as a real scumbag.  The bit about the recliner is truly perverse, you know?  Sitting it up so he could watch all those naked boys showering?  All their genitalia going flippity flop?  And, of course, being a true evangelical Christian, he has no doubt consistently prayed for forgiveness, while at the same time writing checks to pay one of his victims off.  Of course he should have realized the moment he started moving his money from account to account that his Karma was starting to kick in; that his mistakes were going to be fixed in a very public way. 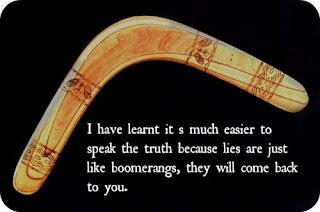 Purportedly, since his trespasses have been made public, he's suffered through a blood infection and a minor stroke, both of which severely limit the amount of time he is out in public.  His name, which he thought to make honorable, is not hyphenated with terms like 'sexual predator,' 'child molester,' and 'deviate.'  The lives of his sons, Ethan and Joshua have been effected because people will say "the apple doesn't fall far from the tree."  Did he know what he was doing back then?  Was there any real consideration for the boys?  Or was he just gratifying his own sexual wants?  One suspects it's the latter.  Either way, his Karma is really, really bad.  It's going to be bad for his sons, because they, like those boys way back when, have been Hastertized.