The dollars and cents of politics

I had a hearty chuckle yesterday when I saw something about one of the Koch brothers said that under certain circumstances he might be able to support Hillary Clinton, I think it was Chuckie, but don't hold me on that.  Of course, many are believing his comments were made to tweek Donald Trump since he's not in the least bit dependent upon their secret financing.  Me?  I don't think so.  I think some brave soul smacked them right between their dollar bill eyes with the reality stick.  You see, they've been helping to fund the campaigns of those (Republican) candidates they felt easiest to control, and while they've had some success with local elections, presidentially speaking, they've been flushed down the toilet.  Remember Scotty Walker from up north?  He was a fav of theirs.  So was Ted Cruz.  That's right, Teddie's a bit beholding to the Koch brothers.  Of course, Ted can't possibly win in a general election.  In fact, there's a whole laundry list of Republicans who are... indebted.  Translation?  The Koch brothers are one of the reasons the GOP is on the verge of going down the shitter, not that they'd ever understand this.  Not that they'd ever really support Hillary since she'd probably find some way to raise their taxes. 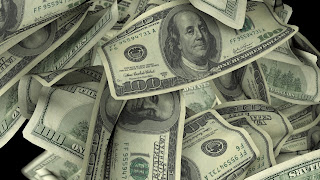 So, why would Chuck even bring up Hillary?  Damage Control.  You see if they can get all of the Libertarian followers, the one's who would normally vote Republican, to go Democrat for this election cycle  Hillary might actually win by a landslide.  At that point they could go knock, knock, knocking on her door and say, "hey, remember that landslide you won by?  We helped."  The Kochs have realized that this year, the GOP is going to tank and when that ship goes down they want to make damn sure their on one of the lifeboats.  To them it's just the dollars and cents of politics.
Posted by Dave R at 7:16 AM