As I'd said about a week ago, I'd bought myself a futon.  Originally a friend of mine was going to help me with the assembly, however, since its early arrival gave me plenty of time, I chose to put it together myself.  Now some might have thought this to be a rather large undertaking since I am rather anchored to a walker until after my surgery.  Right.  I am not one of those who sits around when there is something needing to be done, no matter how much I might be hobbled.

I assembled the seat back day one.  On day two I put together the seat.  And on the third day put the frame together and mounted the seat and the seat back.  The walker wasn't as much of a challenge as I had been expecting.  What I really came to dislike was the 'alan wrench,' which was provided.  It was tiny, and there were a lot of bolts.  I took a picture of it along side a standard pen to show just how little the damn thing was. 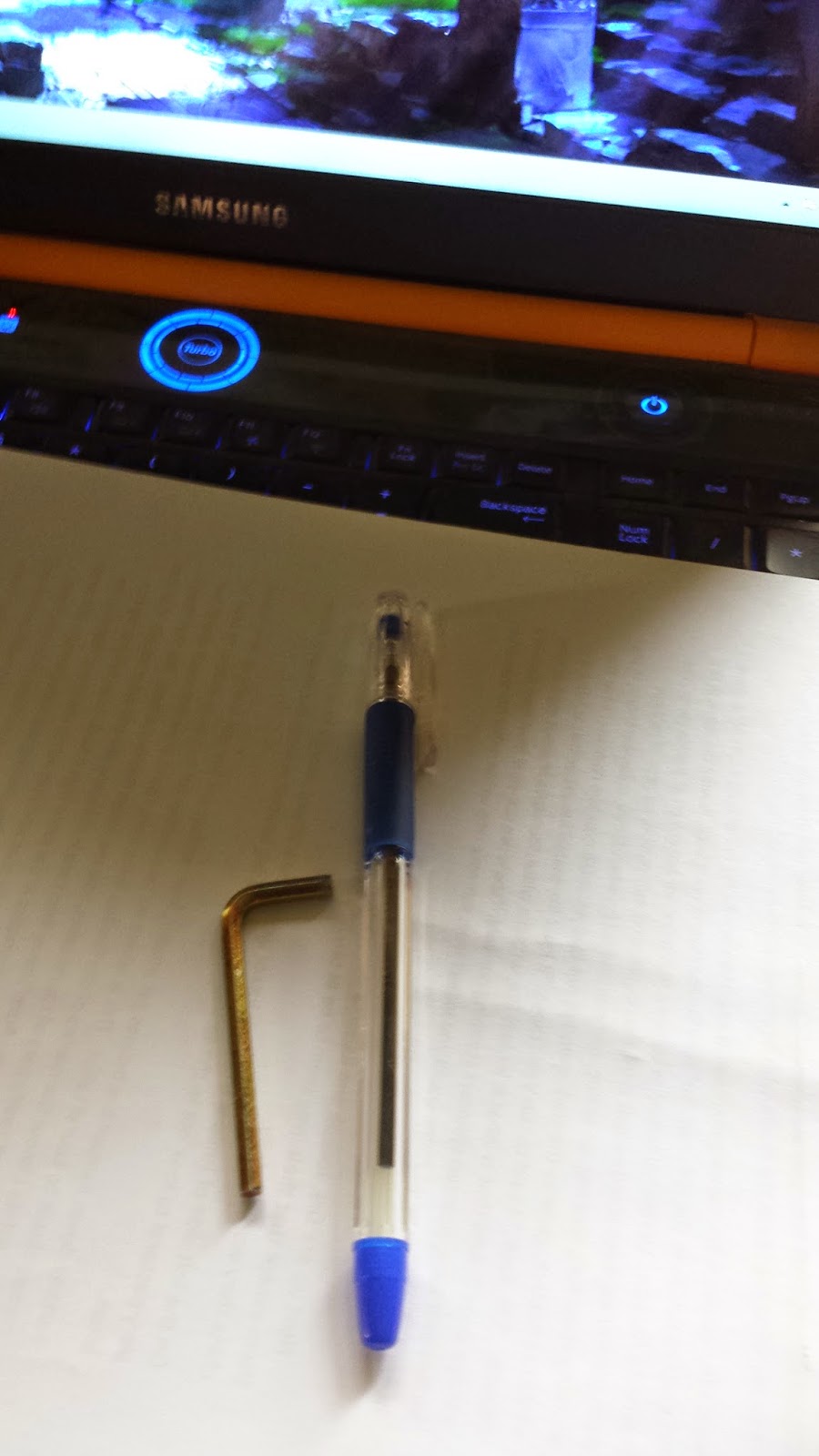 That little wrench is all they gave me to assemble this: 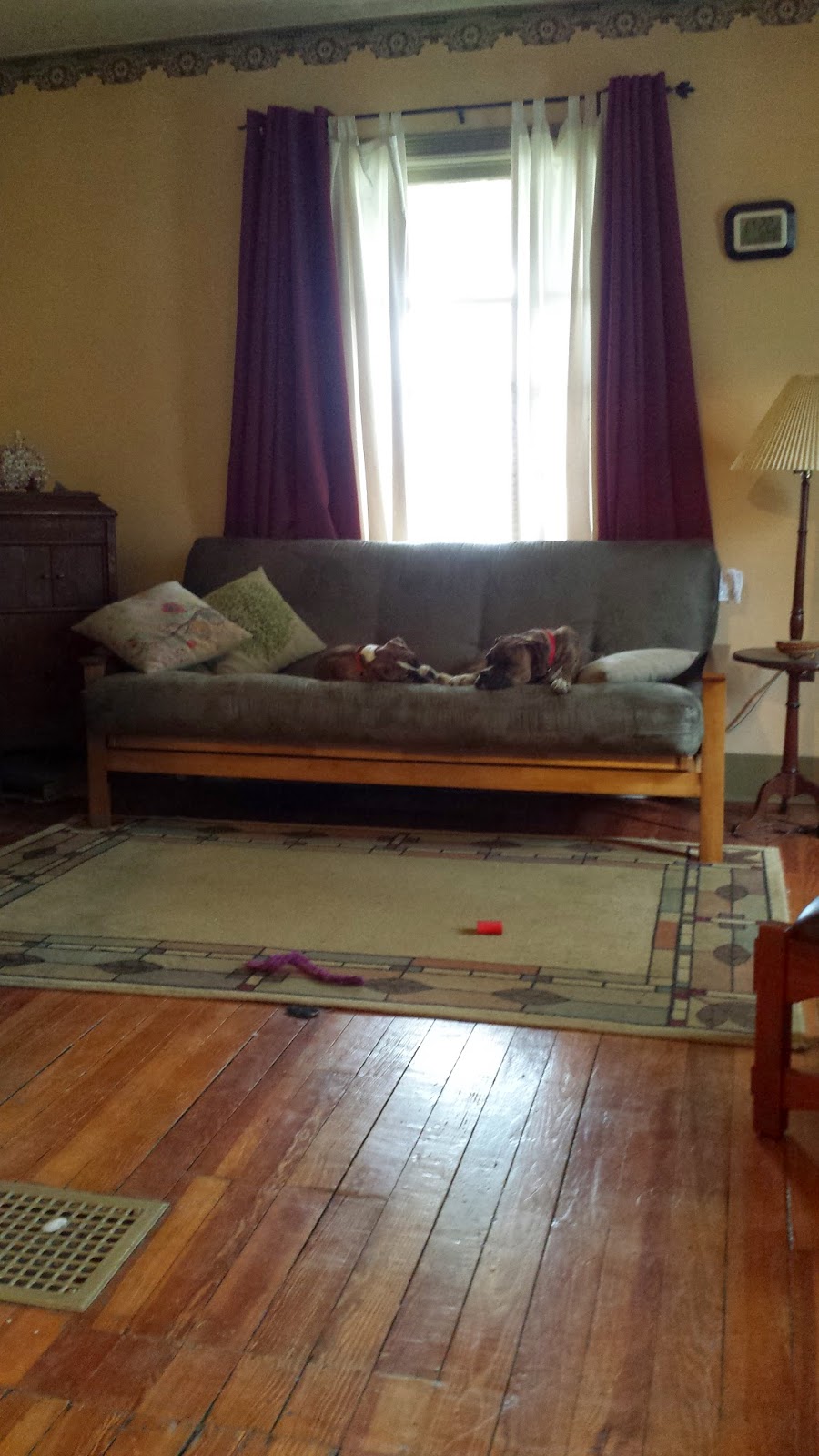 As you can see, the dogs love it!  As someone who works for a home improvement retail giant I can safely say I tools galore; various screwdrivers of all shapes and sizes, wrenches, pliers... you name it, I go it.  Now I know not everybody has tools lying around, but everybody I know has a least one screwdriver.  And I understand the idea behind the little wrench is to provide the tool so people don't have to go hunting for one.  But it's so small it was the one complication which truly became frustrating.  Still I did put it together.  I just wish some of these manufacturers would allow for an alternative to the little wrench.