China leaves us behind

Something other then a snowstorm blustering up the eastern seaboard is happening today.  What can that be?  China is landing a rover on the moon.  From what I can tell this has not been getting a lot of press, not because the news isn't covering the momentous occasion, they are, but just skimming over the importance.  There was a time when an announcement like this would have received screaming headlines, not any more.  Why the lack of coverage?  Not so much because it's a Chinese venture, but rather out political landscape has made us a dispassionate people when it comes to exploration.  The richest country in the world doesn't want to spend the money, we want to let private industry take over.  While we wait for this to happen, the Chinese are going to surge ahead.  They will be landing men on the moon and SpaceX will be shuttling supplies back and forth to an aging space station.  They will begin mining operations, India will be landing exploratory rovers on Mars, and we will be stuck in the back seat watching out a smudgy window.  This means we will not even be able to clearly see all of the wonderful things that are happening everywhere but here in the good old USA. 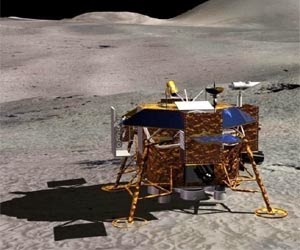 A year doesn't go by without us seeing some report reminding us how our students are falling behind other countries.  What do our political parties do?  Well, one kind of wants to do something, and the other just wants to dictate.  One wants to be liked and the other wants to give orders. Because of this all they do is fight with each other, like little kids.  This inability to get along, to understand their political philosophies need to be secondary in order to move the country forward, is failure at it's prime.  One of them has knotted itself so tightly with special interest groups it has become a useless anchor.  Whether they want to admit it or not, both parties kiss the asses of American Capitalists.  It is all about making as much money as possible.  And for a vast majority of Americans it's about spending money they don't have now, nor will they ever have, because they want immediate gratification.  It's as if we're in a car with a broken transmission, unless we can change gear, we are going to be left puttering down the road to tomorrow being left farther and farther behind.